Bringing out your bling since 2013 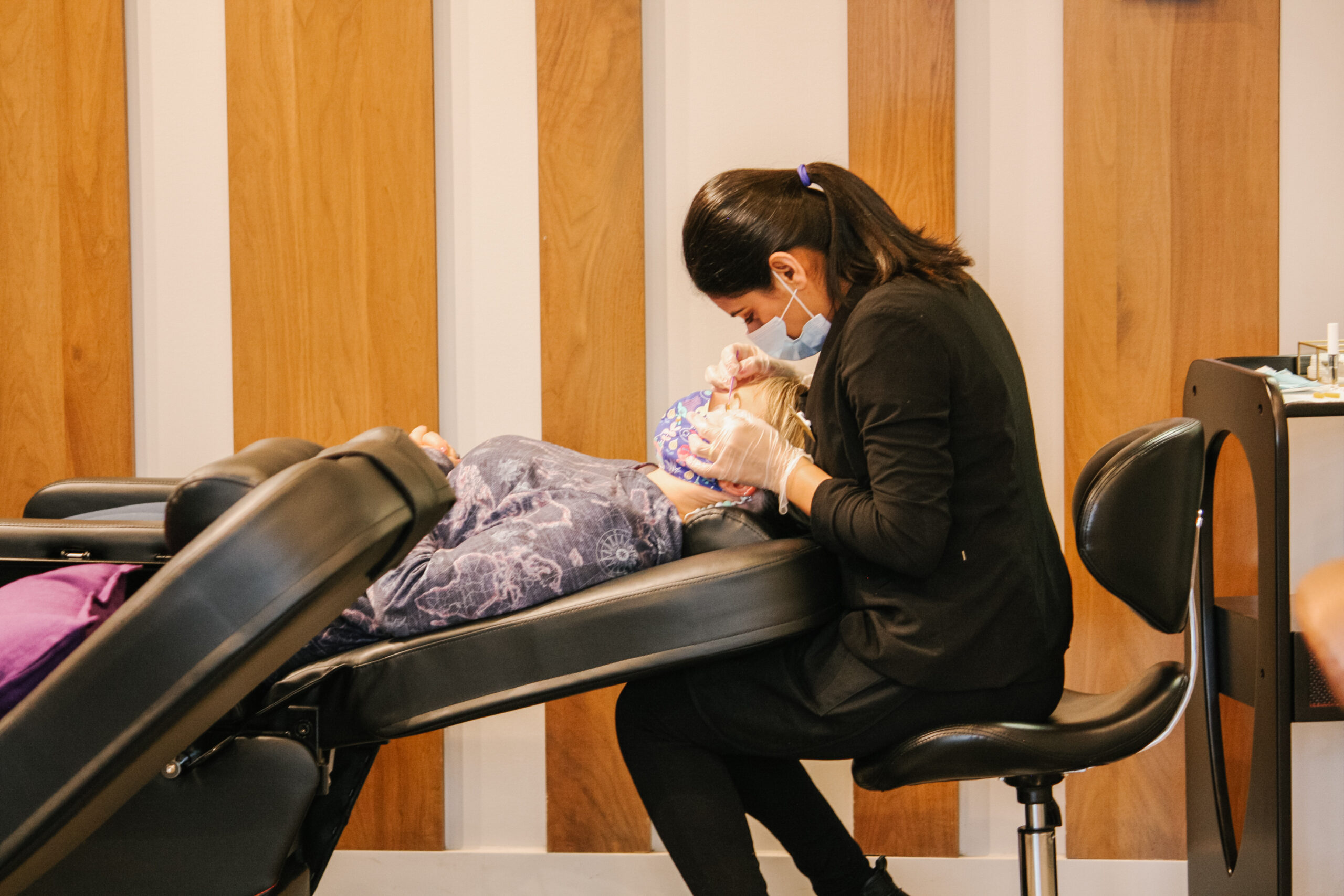 Our mission at Girlfriends is to help you feel confident and beautiful.  We aim to provide exceptional service in a welcoming environment, while embracing natural techniques and organic products.

At our brow bar locations in Prince George and Kelowna, BC, we specialize in threading, tinting, and lashes. We now have added a brand new facial bar to our Prince George salons, with six new organic facials. It’s time to shine!

Why We Love Threading

Eyebrow threading is an ancient hair-removal technique, practiced by women of Asia and the Middle East. The best alternative to waxing and tweezing, especially for sensitive skin. Unlike waxing, threading does not remove a layer of skin, which can leave the skin on your face susceptible to sun damage. The least invasive method of facial hair removal, threading creates a graceful brow with clean, well-defined edges that frame the eye. “Beauty begins the moment you decide to be yourself” – Coco Chanel 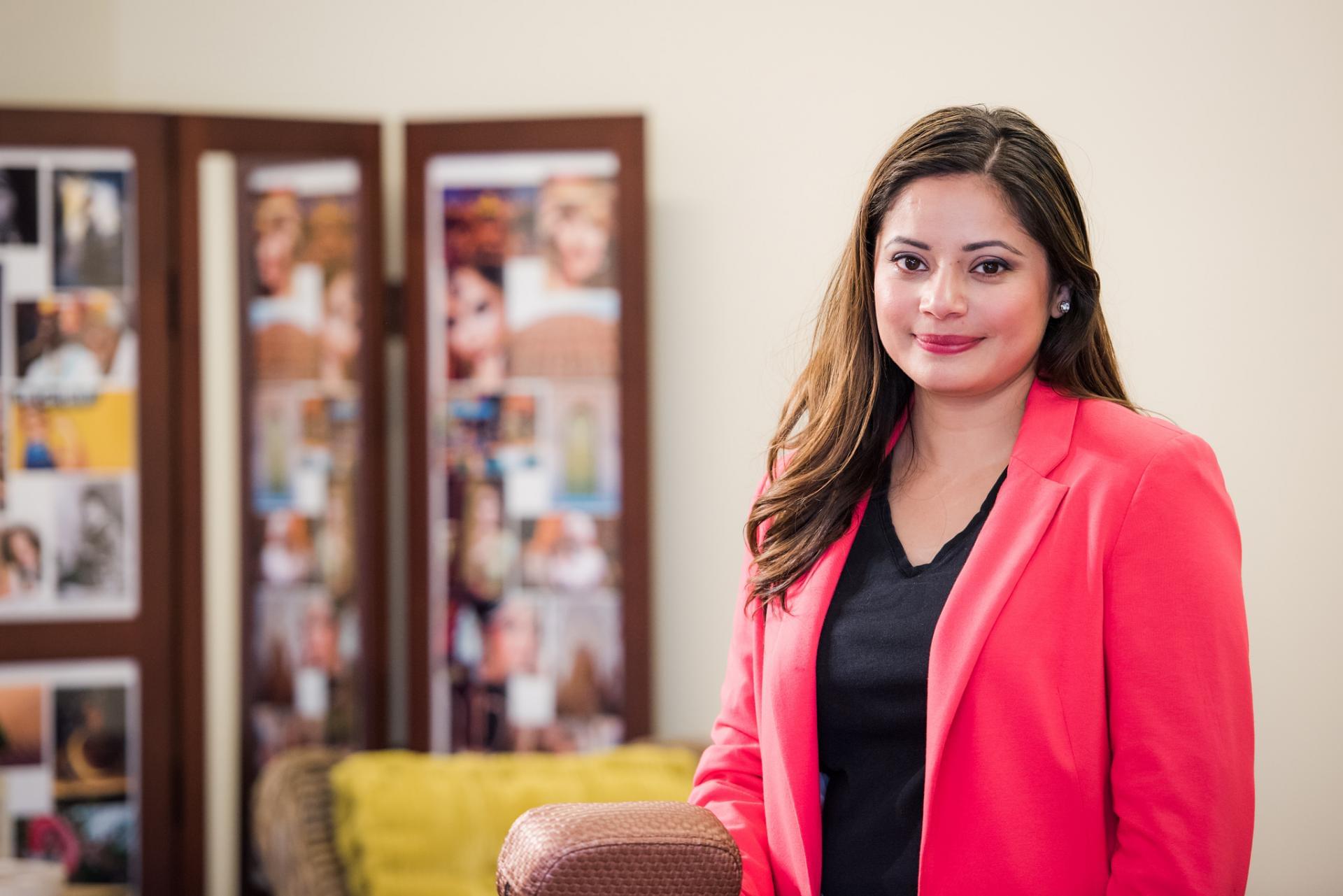 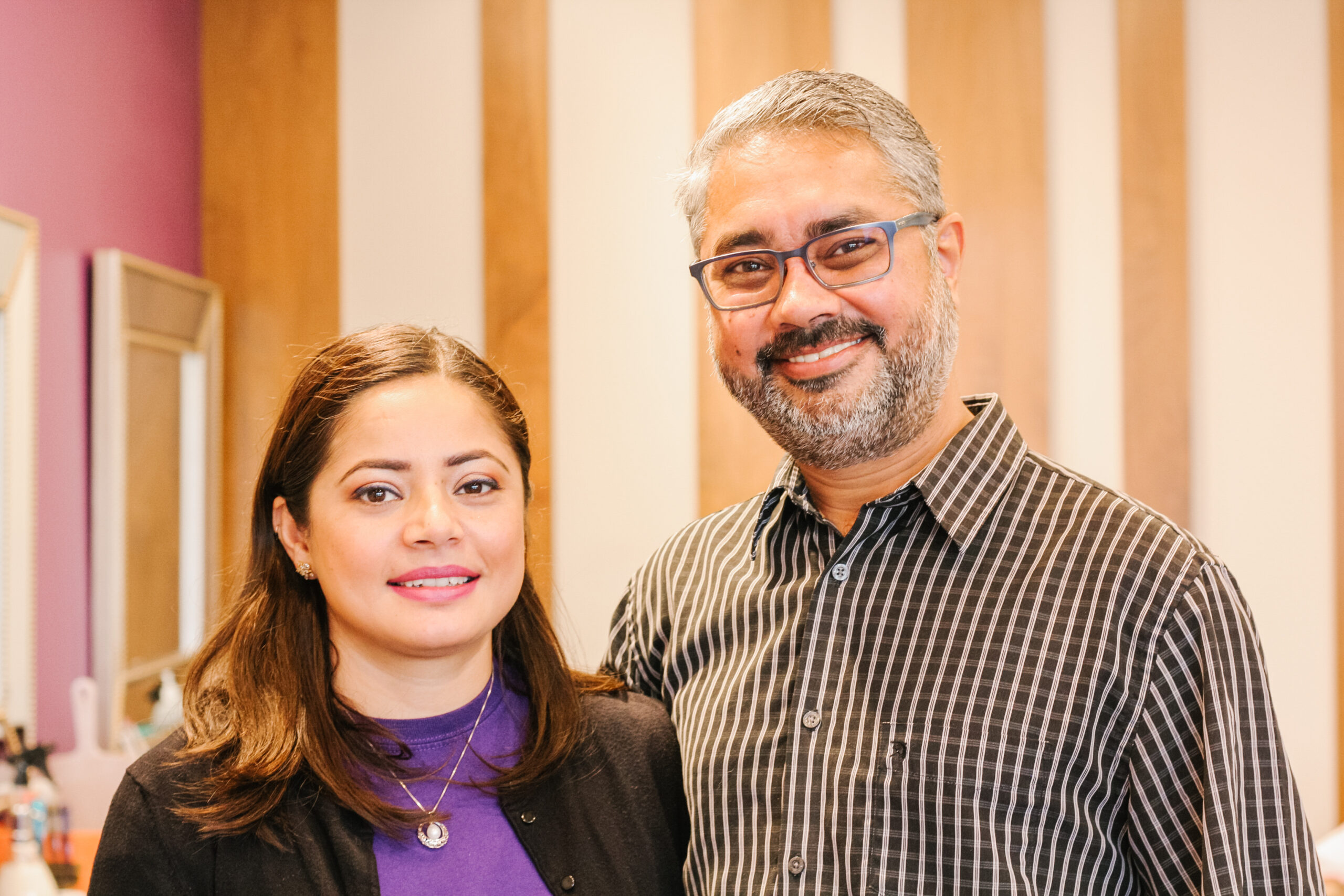 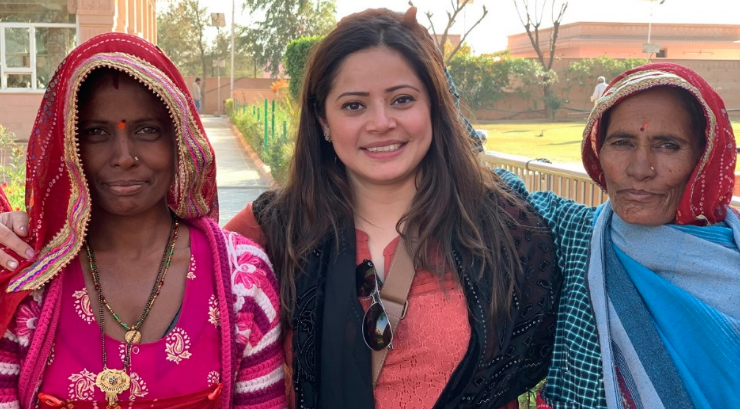 Privately owned and operated by Aneet Brar since 2013, Girlfriends is truly is a labor of love. Aneet takes her passion for natural beauty and combines it with a personal touch, making Girlfriends a soul enhancing experience.

Our mission is inspired by Aneet’s grandmother, mother and mother-in-law, who studied in school despite living in a conservative society. These women insisted on equal access to education for their daughters, when for many girls, attending school was not an option. Aneet says that more than just education, they gave her the feeling that she could do anything she wanted to and become anything she wanted. She wants to build on their legacy to be a positive role model for her own daughters, and to inspire women to dream more, do more and become more.

Aneet and her husband Robin made the move to Canada in the middle of winter, January 2004, with just two suitcases, and some hopes and dreams, eventually growing their family and putting down roots in Prince George, in 2013.

The journey of Girlfriends began as a small home-based salon, but with the support of her loyal clients and community members, Girlfriends now has three locations in Prince George and Kelowna, BC.  This hard work has not gone unnoticed, having been nominated on three occasions for the Prince George Business Excellence Awards.

Aneet and her family are passionate about giving back to the community that loves and supports them, such as spending time working with the local Rotary Service Club or giving back through Food Drives for the Salvation Army and Guru Nanak’s Free Food Langar. 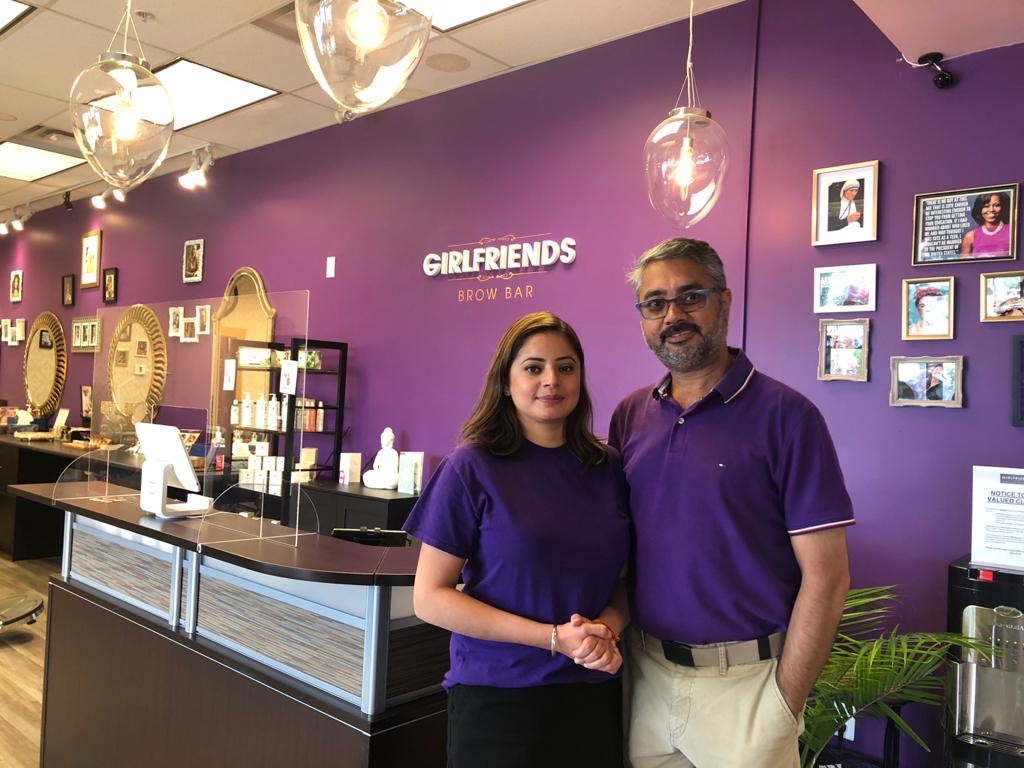 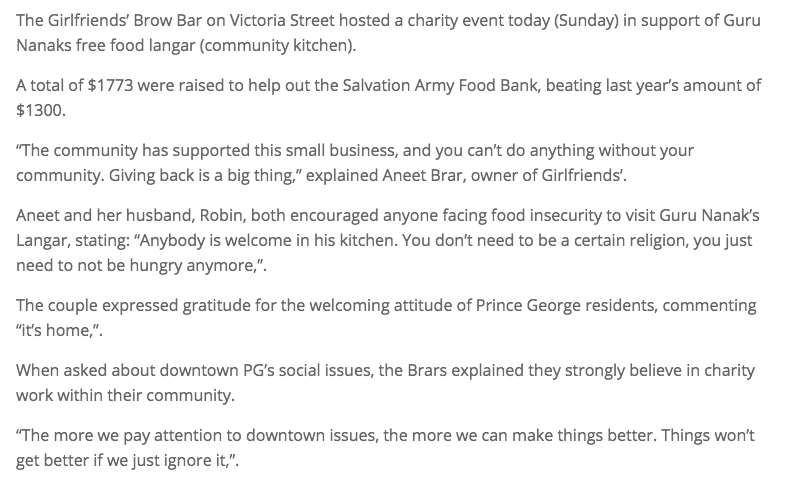 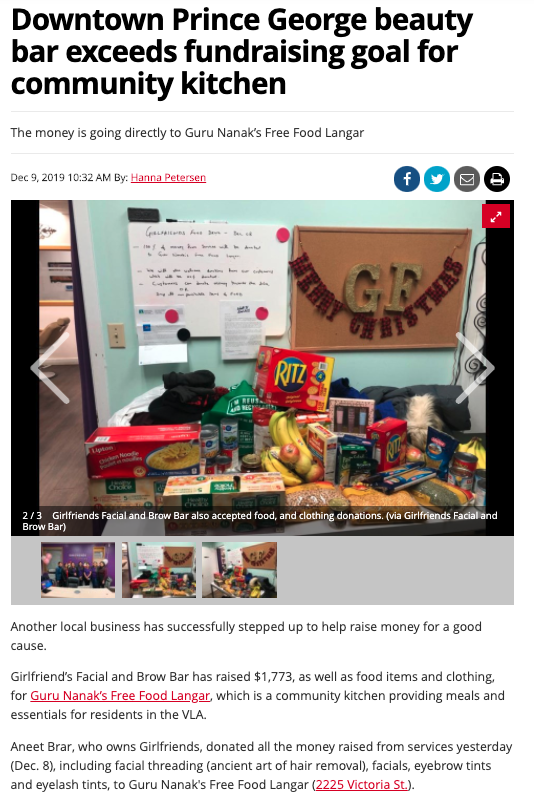 BRING OUT YOUR BLING